Almost 10 years ago, MegaZebra crafted the game Mahjong Trails, for the then emerging
social gaming industry. It created a completely new category on Facebook, the Mahjong
Solitaire, and it quickly gained millions of installs.

The original game idea had users travel across the world, from continent to continent,
exploring hand-made levels along the way. The journey inside the game also became reality
for the game itself. As more and more people reached the end of the game, and did not
want to stop, we completely re-designed the metagame. Now, people would travel from
cities to landmarks, to historic sites and special areas. The game became endless, by popular
demand.

And so, some users have been playing the game for almost ten years and the community
grows every day.

When the game was first launched, Flash was the predominant technology to develop games
in. It offered great performance on pretty much any computer. But, eventually, that
technology got deprecated and the next big milestone on the road to today was needed. We
completely re-developed the game with a modern day, state-of-the-art game engine called
Cocos Creator. Now, another possible “end-point” was removed.

As many of our users gradually started to use their mobile devices to play games, our award-
winning team took on the next big challenge. To bring a true classic from the web to mobile.
For a year, we have now been working on this and now we are launching it worldwide. For
the first iteration, we deliberately chose the formfactor of tablets, to stay true to the original
design. Instead of creating a completely new version, our prime goal was to ensure people
could move their year-long progress across all platforms. With hard work and many tricks in
the technology, we managed this. 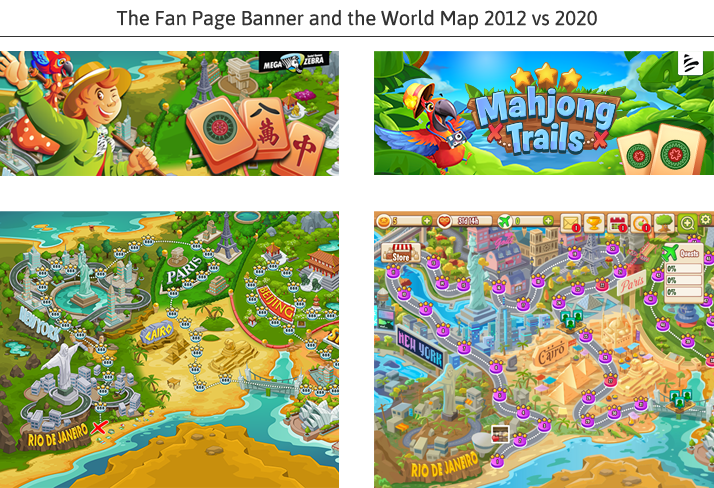 As a result, we hope you will thoroughly enjoy the mobile experience. And with that, we
embark on yet another stretch of the road, continuing the journey of this evergreen title.
All this would not be possible without the on-going love and support from the Mahjong
Trails community. The knowledge, that our uncompromised passion and attention to detail
is shared and appreciated, is what drives us in constantly given our best for this game.
Thank you!